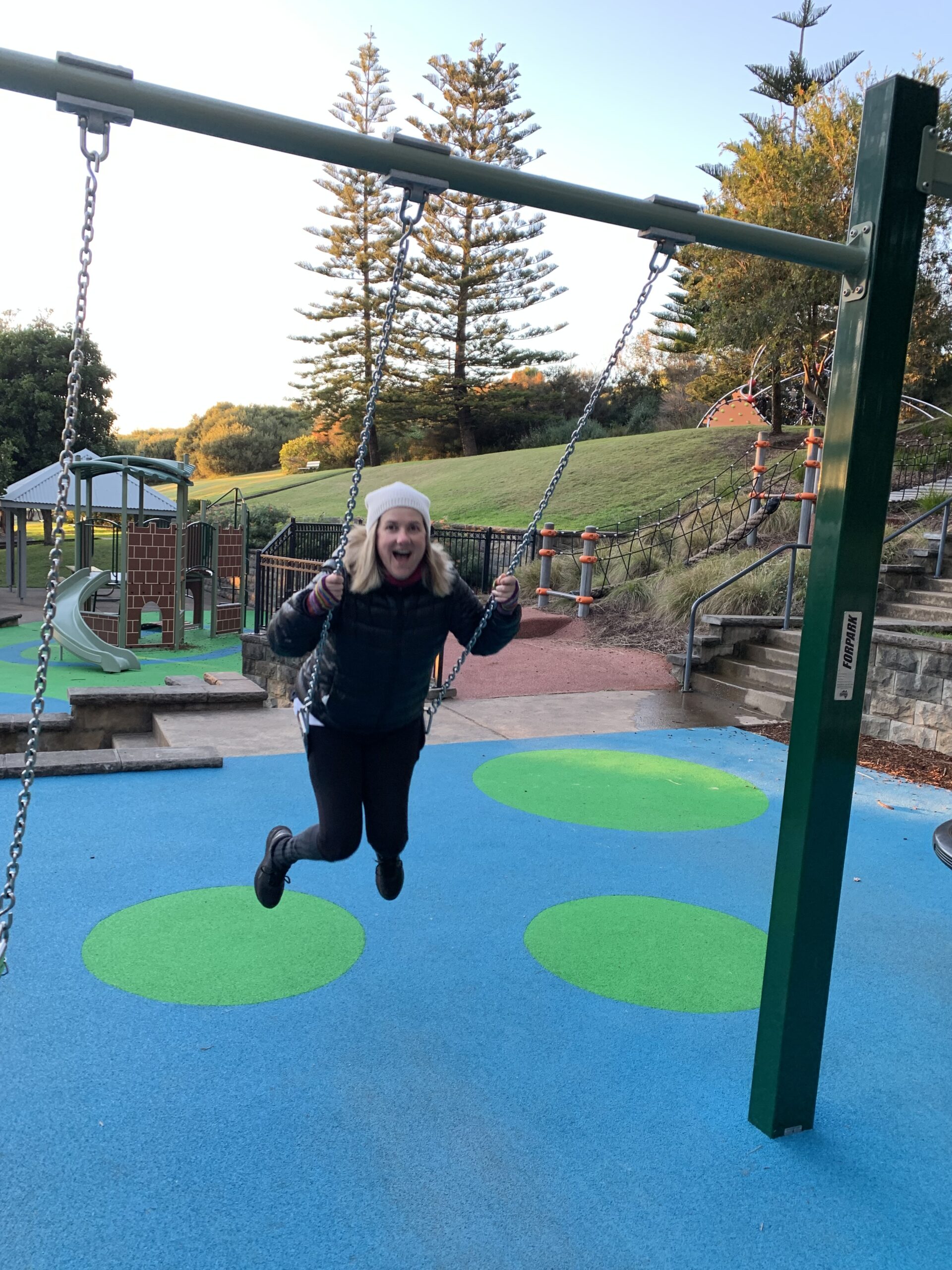 18 Aug How do you feel when you wake up every day?

Posted at 16:15h in Wellbeing by Adrienne Donnelly
0 Likes

How do you feel when you wake up every day?

First thoughts you have when you open your eyes in the morning?

When you look at the day ahead, what are you thinking? How are you feeling? Are you feeling, or are you numb?

You look at the kids, you look at your partner. The day has only just started, and you’re wondering what do you have left in the tank?

Is it what you deserve? Is it what they deserve, the people who love and depend on you?

Or has it all got so hard, you’re overwhelmed, underwhelmed, or you just don’t even know anymore?

And if I let myself, it still can be.

I was exhausted, depleted, lacking in energy. I was stressed, eating the wrong things, but not that wrong, drinking alcohol, but not too much. I was barely getting through the day, and I had to do it all again tomorrow.

So how did the way to being well start for me? Well, it started when a friend believed in me long before I believed in myself. You know when you can see something in others, but they can’t see it themselves yet?

Like most other working Mum’s, I was busy raising kids, and thought I was going along okay. I hadn’t really stopped for any length of time to contemplate my own health, it wasn’t a priority. Or it was, but I didn’t make it one. I had lots of time to do that when life and everything else slowed down, when I had more time, when I finished renovating the house, when the kids left home.

At this time in my life, I just had to make it through the day, so I could put my head on that pillow at night and all would be quiet and peaceful. Until the next day.

I found myself just needing a Nanna Nap around 3 o’clock every afternoon and was just tired of being tired.

I started to see rashes develop on my body. One above my pubic bone, one running from my bra strap all the way down to my bottom. At first, they were mild, but as time went on, and I didn’t do anything about them, they got worse. I remember I would get my herbalist friend to make me up some cream using essential oils. That would help to calm them, but not stop them. I would hassle her to make me up more and more cream, beg her to pick it up from her house at odd hours, like some crazy lady.

About 18 months into this regime, the rashes were becoming severe. At night, whilst trying to sleep, the itchiness was out of control. I honestly felt like ripping my skin of, they were so bad. The scratching was insane, and I started to self-medicate and take an antihistamine so I could sleep.

At some point (I can’t recall exactly when) I made an appointment to see my GP. We did every test known to human. I certainly won’t list them all, but things like; cholesterol, liver, bowel, lipids, hormones, you get the picture. Finally, he referred me to a skin specialist, and they took biopsies of my back and front. I had no idea they were actually testing for cancer. When the result came back, they were negative. From all sides, it appeared there was nothing medically wrong with me.

A few months later I made the decision to go and see a Naturopath. I had a gut feeling (no pun intended) that this was an inside job, that everything going on for me physically, was going on in internally. On my first visit we talked for ages, and went back through my life.

She ordered the 100-Food Blood Test and wrote me a referral because it wasn’t a procedure they did in their rooms at the time. This test was going to cost around $200 and wasn’t covered by Medicare or Private Health Insurance. I remember deliberating over this for months because we couldn’t afford it at the time. There were so many other things I could spend $200 on.

Both my husband and I were running our own small businesses, having both left the security of permanent jobs. The bills kept coming in and we just didn’t know how we were going to cover them, so having a food test was out of the question. I know, it wreaks of “I’m not worth it.”

It was in the February when my rashes were in overdrive because of the heat and humidity. After months of constantly feeling bloated, lethargic, and terribly unwell, my husband told me to go and have the test done. It went back to the Naturopath to go through said 100-Food Blood Test have explained where to from here, which also meant more money.

The blood tests revealed I had Food Allergies. I had built up intolerances to so many foods, being created in my digestive system, stemming from my gut, and this was compromising my immune and nervous systems, and contributing to my declining health.

Intolerances to: food additives, and preservatives, including Meta bi Sulfite, a sulfur based preservative, and many, many others! These preservatives can be found in so many processed foods here in Australia because there is minimal government regulation, and some items are exempt from the labelling laws. If you would like to investigate this further, may I suggest you do some of your own research freely available. I’ve listed all the preservatives I had an intolerance to at the end of this story for you.

Put simply, allergy occurs when the immune system reacts inappropriately to a food or some other agent. In the very rare cases of true allergy to sulfites, the symptoms could be the same as those caused by any food allergy. The symptoms of a food allergy can come on rapidly, as they did for me. They may include nettle rash (otherwise known as hives or urticaria) anywhere on the body, or a tingling or itchy feeling in the mouth.

More serious symptoms of a food allergy can include swelling in the face, throat and/or mouth, difficulty breathing, severe asthma and abdominal pain, nausea and vomiting.

Cut to the chase, I suffered with systemic inflammation which caused a myriad of health conditions that were truly treated in the wrong way for about 15 years, possibly longer. I was really struggling with this for a long time.  I saw so many incredible, fast-moving changes travelling throughout my body, and these were always exacerbated by stress. The older we get, the less intolerant our bodies become, along with learning to navigate the next phase of womanhood – perimenopause, and menopause.

The Naturopath and I made a care plan, and I did a three-month detox to avoid all allergenic foods. When advised, we slowly reintroduced all foods at a rate of one per week. Once all foods were reintroduced, I had to make sure that I ate them no more than twice a week. This continued for about six months, together with a combination of natural remedies and probiotics.

This is where I learned to eat a more plant-based diet, including loads of veggies, especially greens and lots of colours. I ate more healthy fats, bumped up my fish intake, had absolutely no dairy or gluten products, and included meditating once a day for ten minutes – yeah right. And I did.

After just three months, I started to notice incredible health changes within myself, things I hadn’t seen for 15 years. I’ve continued the path now for the past 7 years and I haven’t had any evidence of that systemic inflammation appear in my body whatsoever.

When I look back to where I was and where I am now, I’m so happy that I went down the road I did because it gave me back my life. And because I felt so passionate about it, I just started to naturally share my story with others. I knew I wasn’t the only one experiencing this, and the more I discovered, the more I shared it, and the more people came forward to tell their stories. I saw amazing things happen in them too, and that built more of my belief around systemic (gut) inflammation and how we can resolve it.

As a result, I have continued to help by sharing my story, mentoring people to help them know they are worth it, to take them from their deepest fear to bravery, and transform their lives. In the end, so much of this suffering is preventable.

But like anyone who makes the decision to value themselves and their health and wellbeing, I take steps every day to maintain the lifestyle that I know serves me, and the people I care most about.

Please reach out if you have a question.

Main anti-inflammatory options to add into your life:

List of food additives and preservatives to be mindful of: